The Σ(1385) is a strange resonance that exist in three charge states: Σ∗+, Σ∗0, Σ∗− with the respective antiparticles. Discovered in the 1960 by Margaret Alston and her group, it was founded to be characterized by the following quantum numbers: S = −1, I (JP) = 1 (3/2)+. The quark composition of the three states is Σ∗+ → (uus), Σ∗0→ (uds), Σ∗− → (dds). Mass and widths are summarized in Table 1, while its possible four decay channels are listed in Table 2.

It is important to note that both the two most important decay channels are strong. This has two consequences: first of all the resonance peak will be quite broad, and in the data reconstruction phase will not be possible to separate the Σ∗ decay vertex from the interaction primary one. That means that no topological selection will be possible and the Σ∗ signal can be extracted only through an invariant mass analysis. In order to study the properties and the evolution in time of the yields of the Σ(1385) in the nuclear medium after QGP hadronization, some theoretical studies were performed. In these calculations the inﬂuence of the medium on resonance lifespan and the effect of the motion of the decaying particle with respect to the thermal rest frame were taken into account. For instance in Figure 1 the decrease in the Σ(1385) lifespan as a function of temperature T in the reaction Σ(1385) ↔ Λπ is shown. 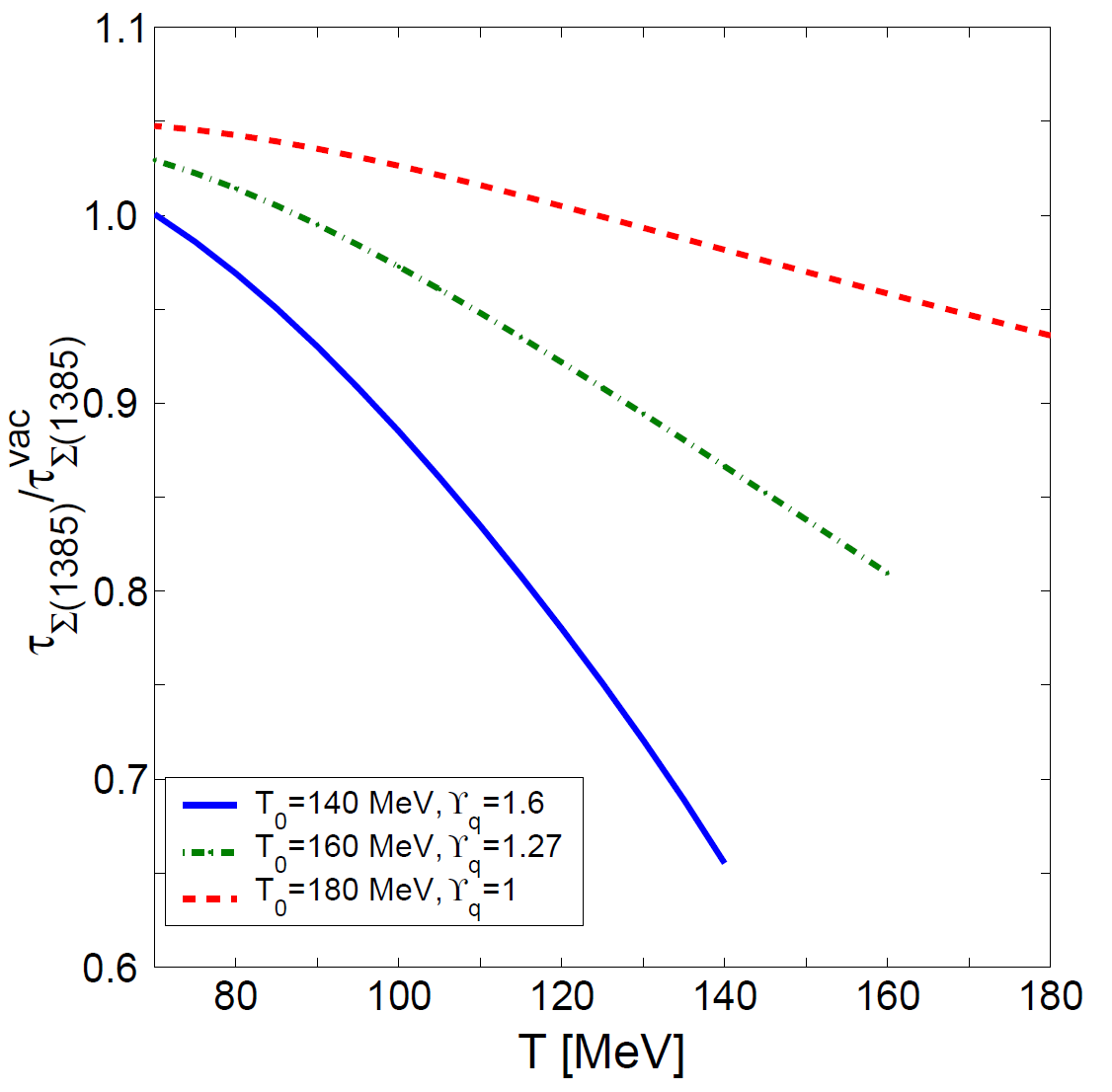