The invariant mass was fitted with a function consisting of a negative power low polynomial for the background and a Gaussian. The order of the polynomial has been changed from second to fourth order and the difference in the raw yield accounted for in the systematic error associated to the extraction procedure. An example is shown in Figure 1 for all the four Σ (1385) species together (Σ∗+, Σ∗− and corresponding antiparticles). Both the mass and the width are compatible within the errors with the averaged PDG values for Σ∗+ and Σ∗−. An event mixing technique has also been implemented for the Σ(1385) giving comparable results. 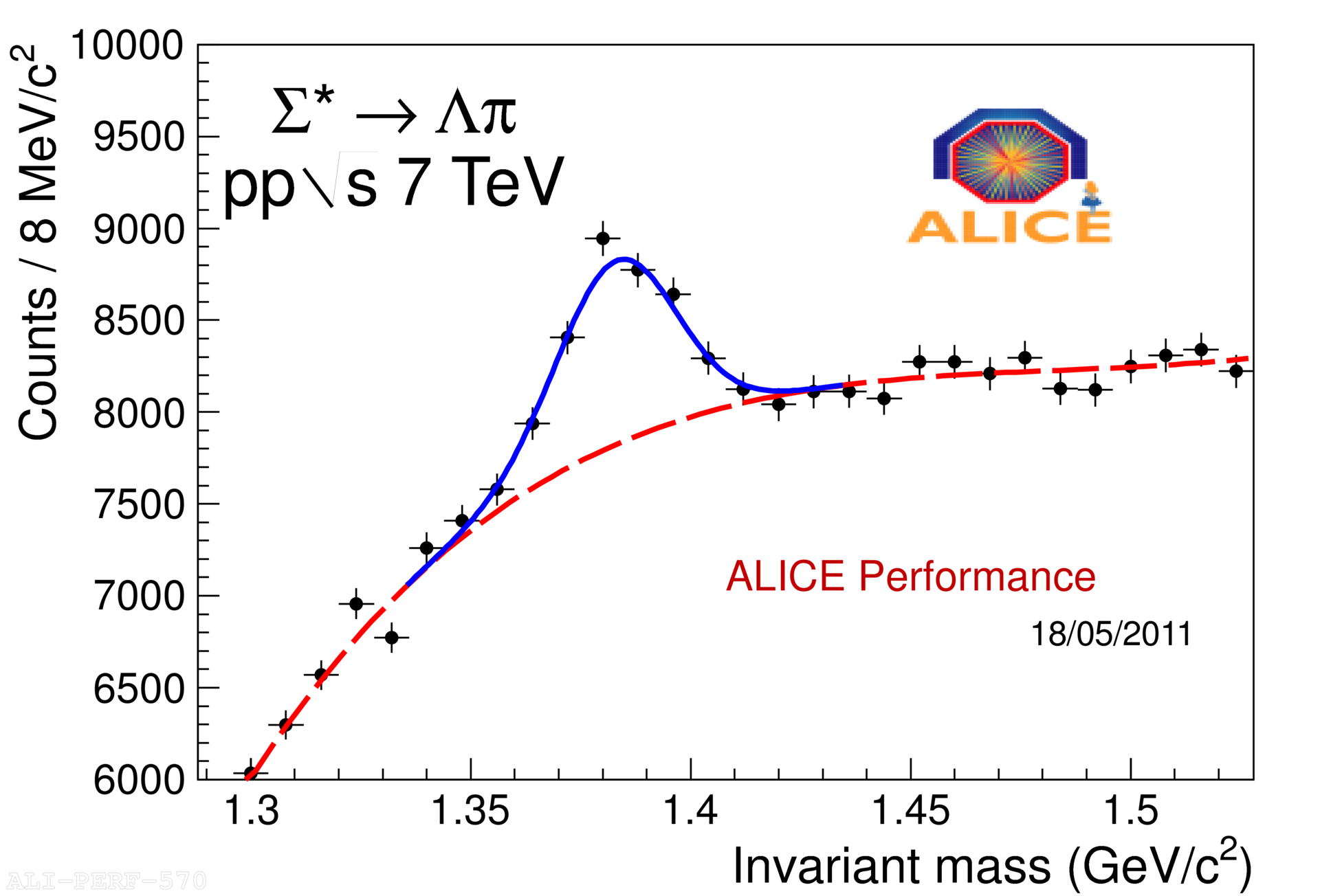 Figure 1: Combined ﬁt to the invariant mass distribution for the Σ (1385). The fitting function (in blue) is the sum of a negative power-law polynomial and a Gaussian. The background from the fit is dashed in red.

After the signals are extracted in each pt bin, the raw yields (Figure 2 and - normalized but not fully corrected - 3) are corrected for the efficiencies (Figure 4) and the acceptance and the differential transverse momentum spectra are obtained. 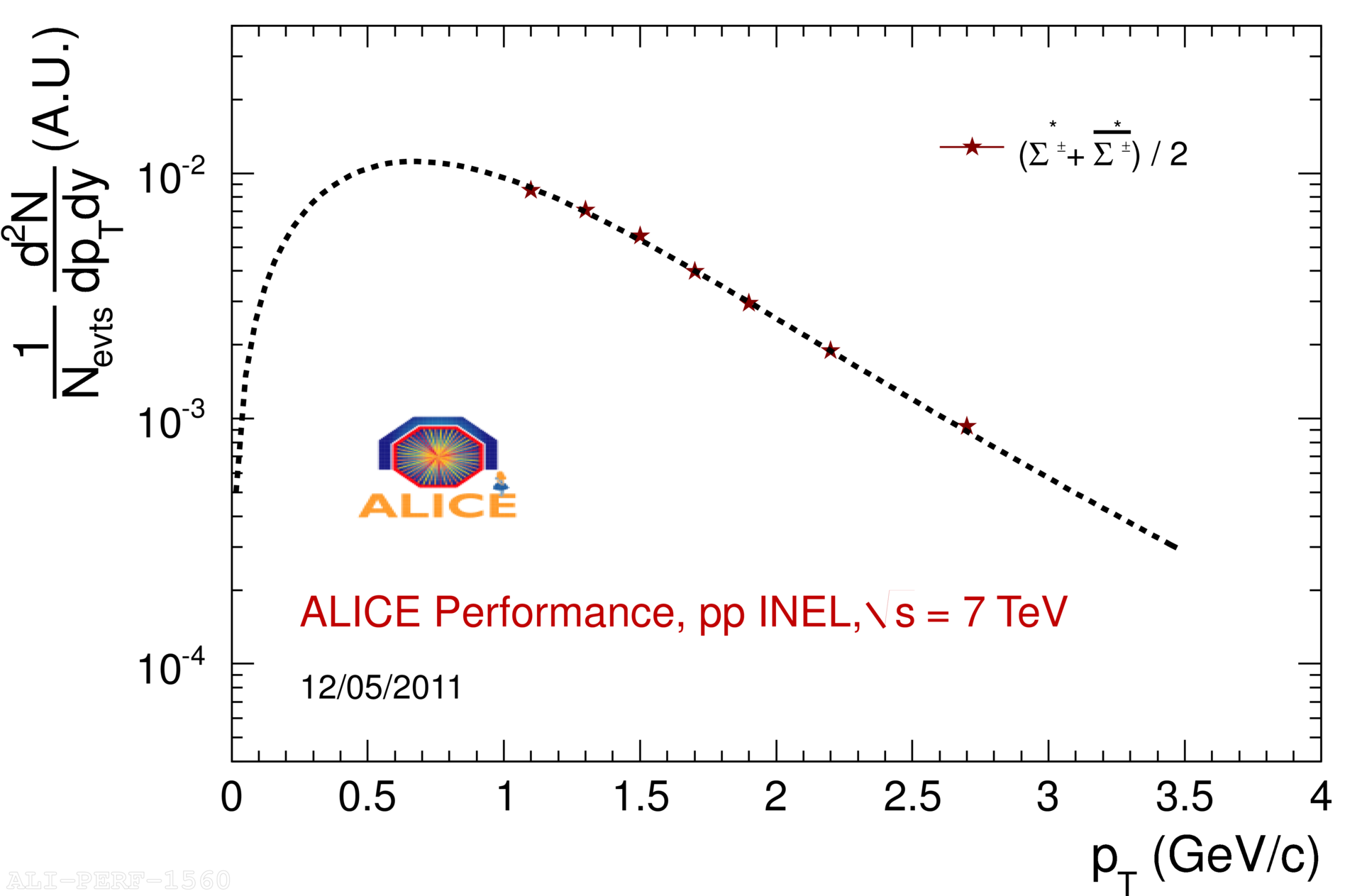 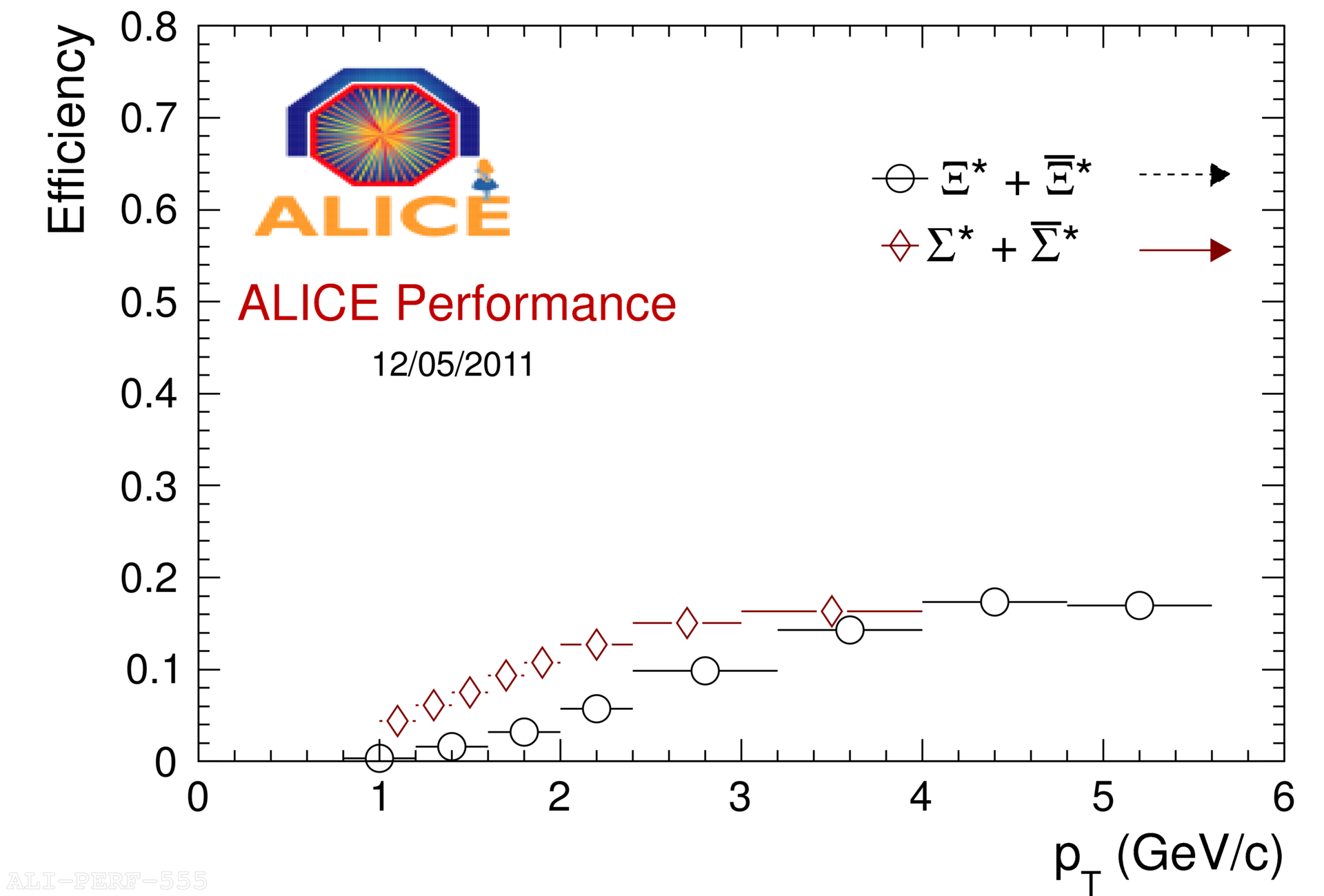 Figure 4: Efficiency of Σ∗ and Ξ∗ versus pt. The uncertainties correspond to the statystics in the Monte Carlo sample used to compute the corrections. The efficiency is limited by the branching ratio represented by a solid arrow for Σ(1385)± (0.556) and by a dashed arrow for Ξ(1530)0 (0.638). 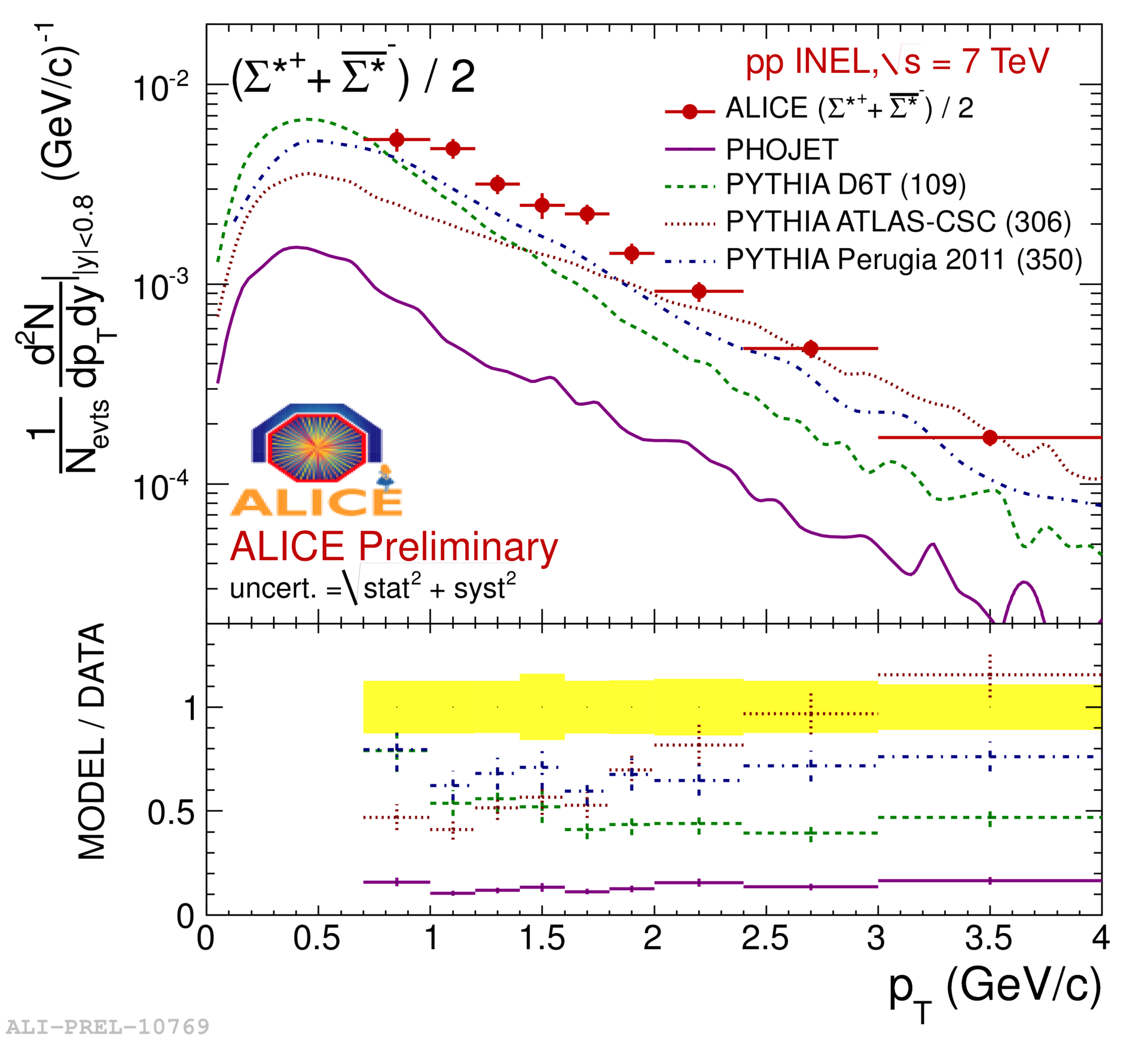 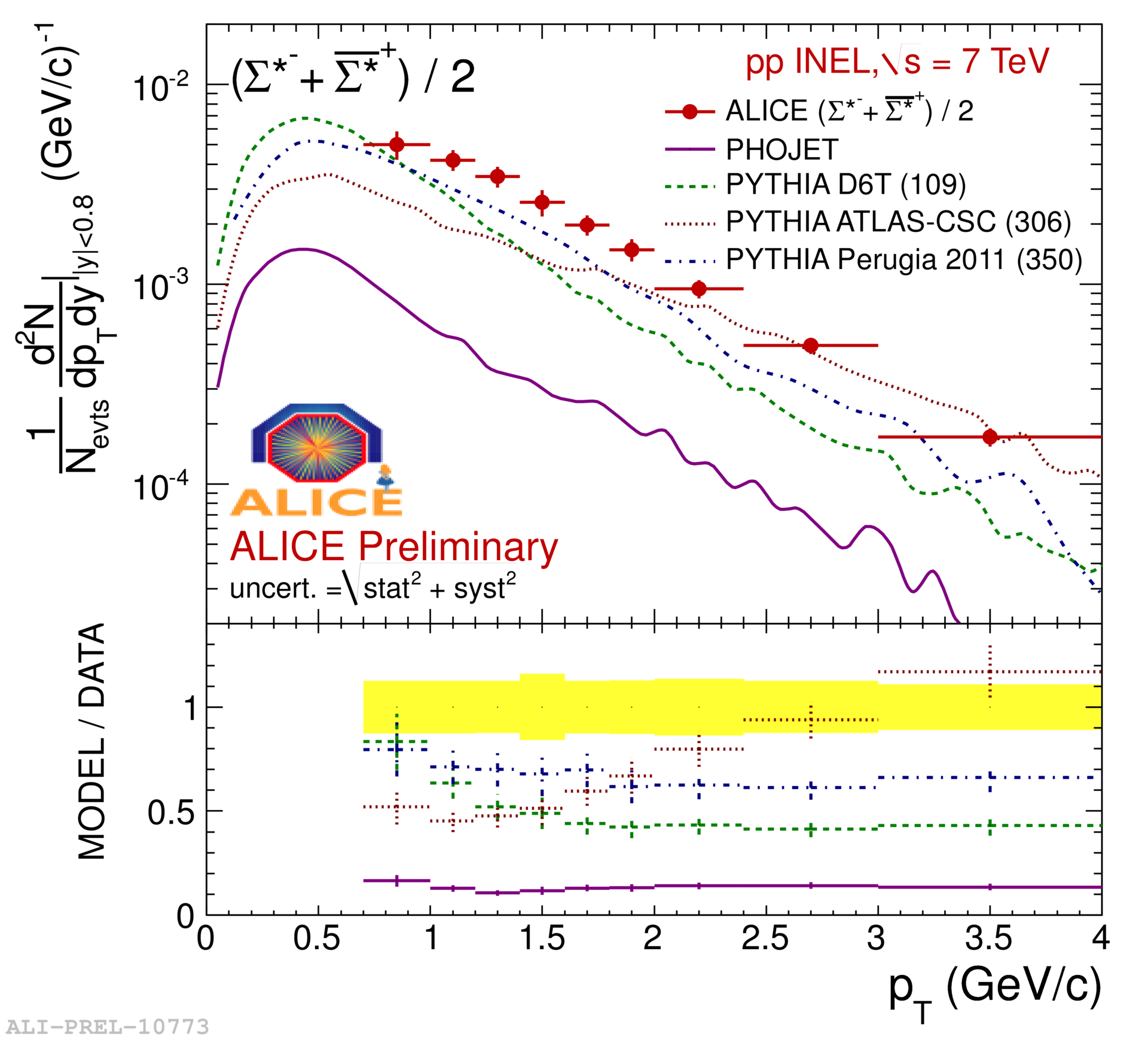 All the models seem to underestimate the data, with only a fair agreement for ATLAS-CSC at high pt ( > 2 GeV / c).