Survey and Alignment of the SSD

The SSD has been surveyed twice: in Amsterdam and in Torino. Details on how the survey was performed will be uploaded soon.

Update Wed Jan 14 Several problems were identified with the initial implementation of the survey constants. Most notably:

These problems are now fixed and the text and macros below have been updated. In addition, we added the in-plane rotations of the modules to the new version of the Amsterdam survey report in EDMS and the survey tables in the DCDB. So far, we have not identified a large impact of the latter.

Update Tue 10 Feb 2009 The module-on-ladder survey data for ladder 525 has been updated. A small error was made when copying some data files into the "Master table". The excel file below has been updated.

For the survey data, we followed the procedure suggested by the offline group. The general strategy can be found here. The corresponding detector status table along with the general description of the framework can be found in the following link.

The class that reads the survey data and converts them to AliAlignObj objects is AliITSSurveyToAlignSSD. This class, takes as an input the survey report files that have been put in the DCDB and generates AliAlignObj objects stored in a TObjArray which can be stored in a local file (e.g. the attached SSDfromSurvey_new_modrot.root or in the OCDB under the directory $ALICE_ROOT/ITS/Align/Data.

The Amsterdam survey report has been uploaded to the EDMS. The EDMS number has been used to upload this report to the DCDB. Here you can find the link for the excel survey report file. The macro make_module_report.C is used to convert the text version of the survey table to the off-line survey format which was uploaded in DCDB.

In the next paragraphs nominal means the initial hardware positions, final means the corrected positions for the measured displacements and ideal means the nominal positions of the points in the software. To produce the following plots, you can use the file readSurveyReport.C.

Residuals between the final and the nominal positions in the report

The following plots are old, and therefor have the dphi and corresponding dx and dy inverted.

These are the distributions of the differences between the final and the nominal position in the report in r and φ.

The corresponding distributions for the global x, y and z coordinates.

This is the map of the residuals in r and φ for layer 5 and layer 6 (differences between the final and the nominal position in the report).

In the Torino measurements, the positions of the ladder mounting points were measured. The survey report listing local displacements at the Q and V ends of the ladder is available in EDMS. The macro that was used to generate this text file is make_ladder_report_file.C.

The conversion to alignment objects is done in AliITSSurveyToAlignSSD.

Here are two plots of the combined effect of both misalignments, in r,phi,z and x,y,z. 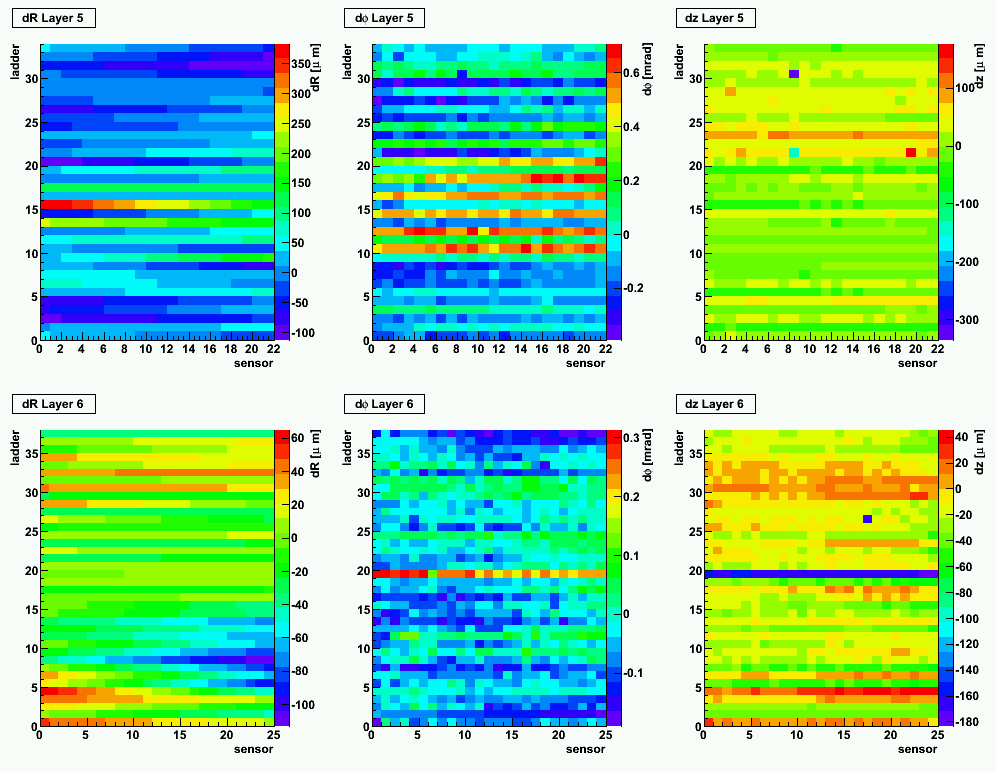 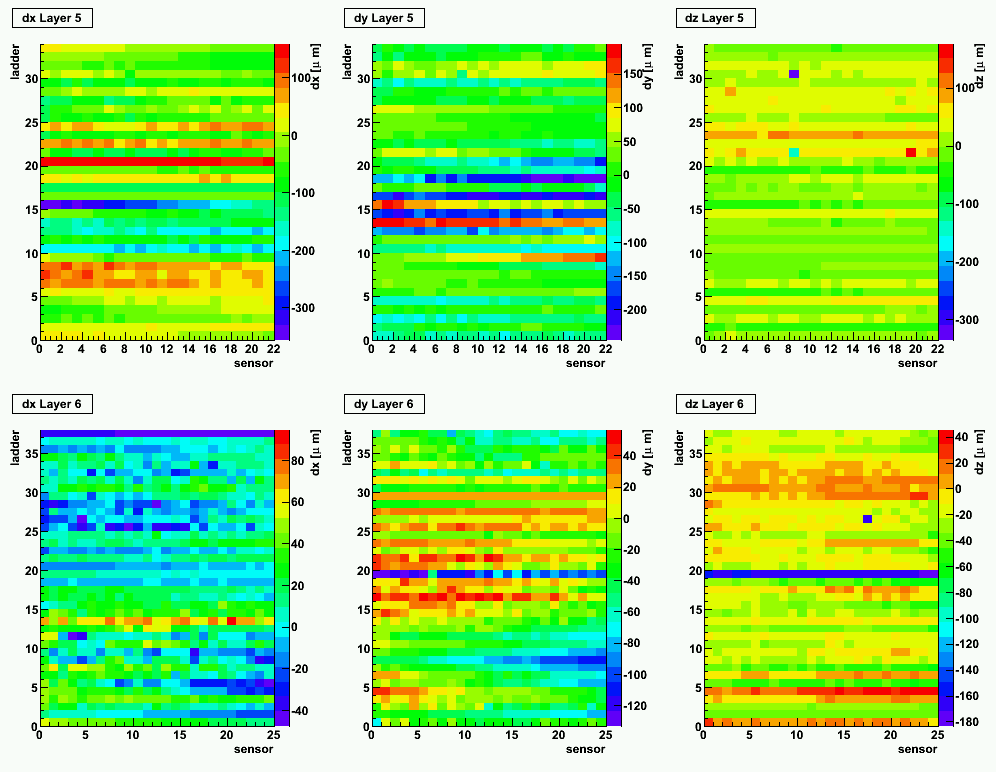