Basically, there are two macros SSDRawNoiseMap.C and showBadModules.C. The first one runs over (rootified) raw data and makes histograms. You probably want to compile this macro when running it. To do that, make sure you have:

Then simply run from AliRoot:

The output file is called SSD_mod_occ.root. The summary histogram is called hModuleID, which looks like this for run 55633: 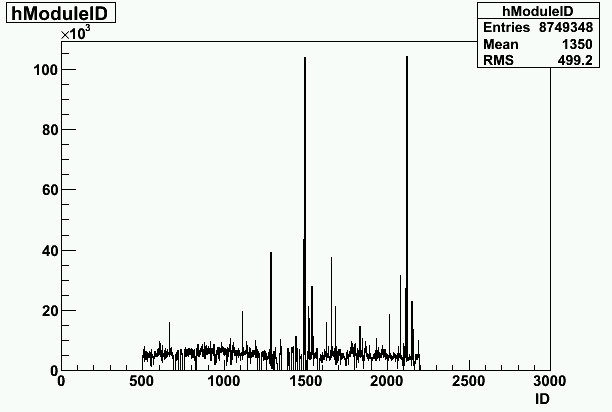 The next macro showBadModules.C runs over it and displays modules with many hits.

From the same macro: a distribution of hits per strip. There were 1000 events, so the max occupancy is something like 3%. 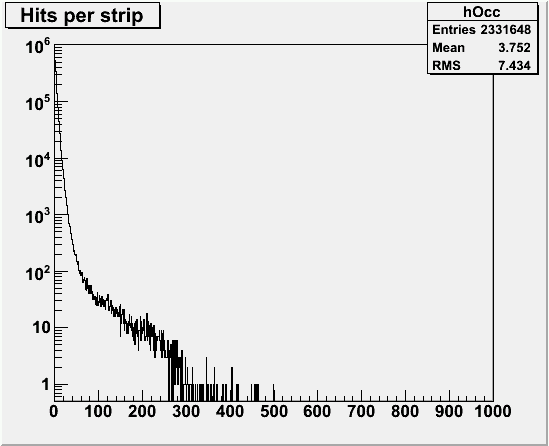 Investigation into low-Q noise clusters at the edge of modules

Here is a distribution of golden clusters per module 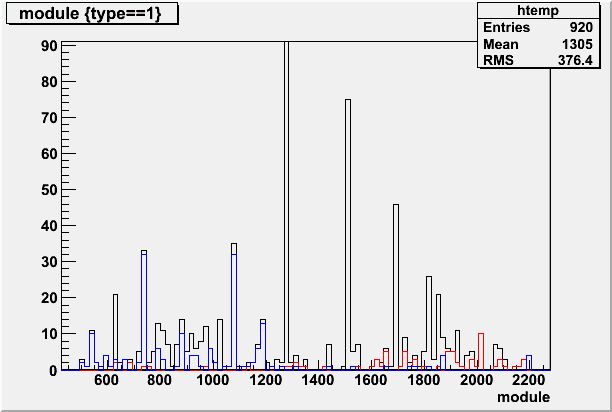 Here is the strip distribution for module 1082, with two zooms at low strips numbers on P and N side: 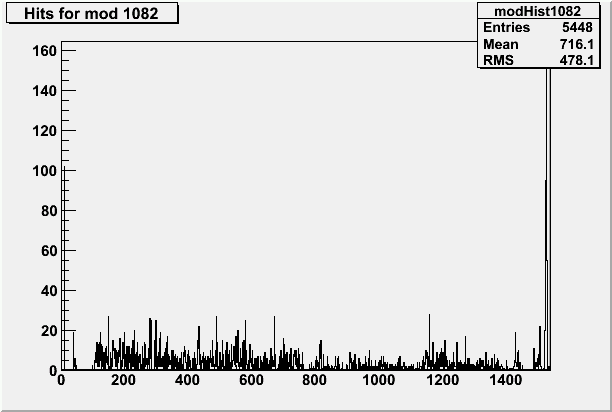 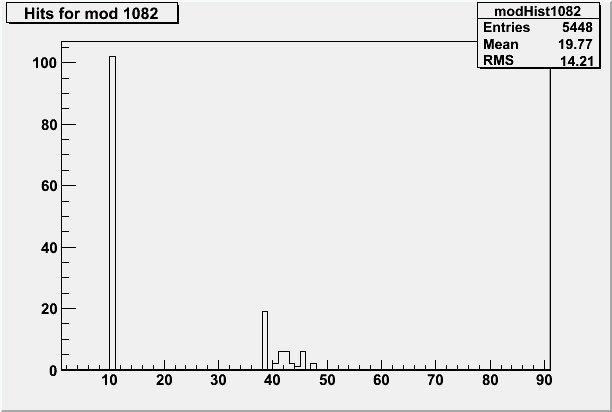 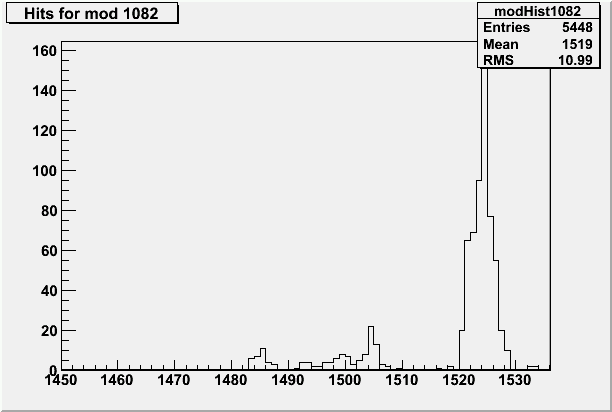 Golden noise clusters are clearly the most visible off-line, but to reduce the noise, we may should probably look at individual strips/chips first